We are the change we seek Glen Ireland is Founder and MD at 8020. He's pretty much seen it all ATL, BTL, Direct Marketing, Database marketing, Loyalty and over the last decade digital marketing.

Glen is truly an integrated communications specialist. From his early days at Rediffusion DY&R where he honed his brand building skills working on brands like Revlon, Shell, Whyte & Mackay to later on heading up RMG Connect in Delhi JWT's relationship marketing agency where he helped brands like Wills Lifestyle, Xerox, Avaya, SBI Cards and many others develop best-in-class loyalty and relationship programs. Post RMG Connect Glen was Digital Planning Director at Wunderman Australia and Strategy lead Digital & CRM with WPP's Enfatico in Singapore working on Dell and Microsoft.

In his last corporate stint before setting up 8020 Glen was CEO of Dentsu Digital and COO of DentsuWebchutney. Looking after a team of over a 100 people and working with clients like Airtel, Adidas, Hitachi, Honda, Canon, Payback and others. Glen is a passionate ad man who has constantly challenged the status quo and built up a repertoire of more that 20 years of integrated communications experience. He's visiting faculty to IMI and was a jury member at the DMA.

Now at 8020, Glen wants to build an agency that is responsive, dynamic, relevant and keeps pace with today's constantly changing consumer world.

Glen can be reached at glen.ireland@eightytwenty.co.in 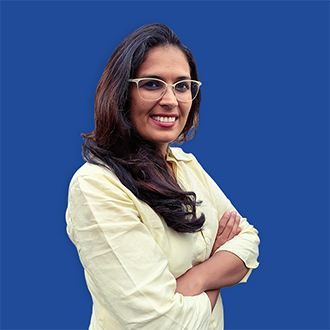 Radhika has over 17 years of experience in the area of marketing and communications With a unique repertoire of integrated marketing expertise and deep understanding of consumer behavior to deliver brand growth and drive sales objectives. She is adept in developing and motivating teams with a focus on driving business strategy and delivering outcomes

Radhika can be reached at radhika.gulati@eightytwenty.co.in 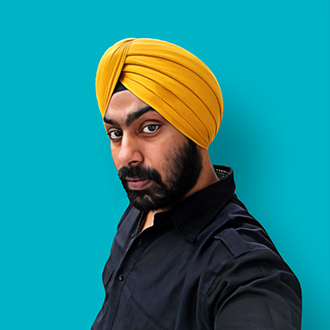 A.k.a. 'DesiDaman' in the advertising world, started his career in design 12 years back, accidentally. While studying commerce in school, he came across the power of designing when he bunked his math class to hide in the school's computer lab with his friends. After that, the self-taught design guy was clear on the path he is to take.

Since then, designing for him is more of solving problems than making pretty graphics, which took him into the advertising industry. From working on big digital campaigns for Pepsi, Perfetti, EMC, Philips, Tropicana or Canon to digital interactions for Hathway, ITC, Payback, Aircel, Zizo or Tetra Pak, he focuses on solving brands problem through creativity. Whether helping Pulse Candy to launch and become the fastest-growing Facebook page in India or fusing digital technologies like VR to on-ground CSR for Vikram Solar. From playing cricket on twitter to designing AI chatbot, animated comics, holograms and interactive film series, he doesn't believe in doing things the obvious ways.

After working with Digivaasi, GroupM Foxymoron and Dentsu Webchutney as Design Lead, looking after teams and convincing clients. He is now part of 8020, once again trying to do what he believes in...Disruption.

Daman can be reached at damandeep.singh@eightytwenty.co.in